He and his two brothers, Edward and Thomas, were born in Chesham Bois where he learnt the skill of milling grain using a waterwheel. He worked briefly at a sail mill at Wendover before he settled in St Albans.

While George was responsible for the mill, his brother Thomas ran the farm. George’s wife, Eliza, looked after the finances. In the severe winter of 1907, George unfortunately lost his sight when an icicle fell on his head. His son, also called George, took over the running of the mill.

The family had a dairy/bakery business in Albert Street and another bakery in Albion Road. These businesses were sold when George senior passed away in 1927.

George junior, was a colourful character. His granddaughter, Margaret Wickens, recalls that in his early years he was quite an athletic man. Although being very short, he could carry a hundredweight of corn on each shoulder. When they moved from Wendover to St Albans at 14 years old, he cycled behind the removal van on his penny-farthing bike. He played cricket for a local side and played the piccolo in the town band.

Even when he was in his seventies, he was still active and rode a drop handlebar bicycle replacing the penny-farthing. He kept an allotment. The cricket was replaced by bowls. He liked his daily pint and dominoes at the local pub.

He and his wife had four daughters: Grace, Edith, Elsie and Daisy May.

Milling went into decline in the 1920s and the farm was no longer profitable. The family decided to sell up and move on in 1931. 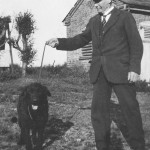 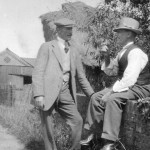 In the lane leading to the mill 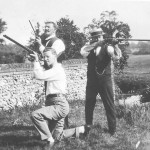 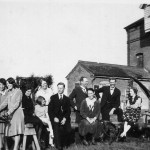 Butterfield family outside the mill house 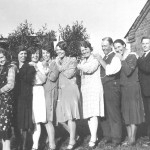 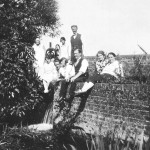 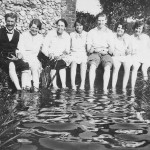 Paddling in the millstream 1920s 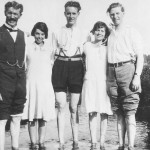 Paddling in the river 1920s 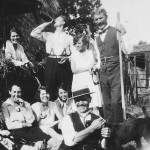 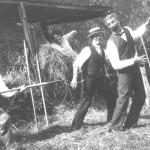 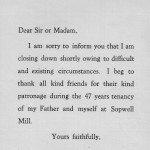 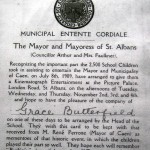